Nashville community turns out in droves at Vintage King for the inside track on the Dangerous Compressor, BAX EQ and 2-Bus by multiple Grammy award-winning engineer F. Reid Shippen 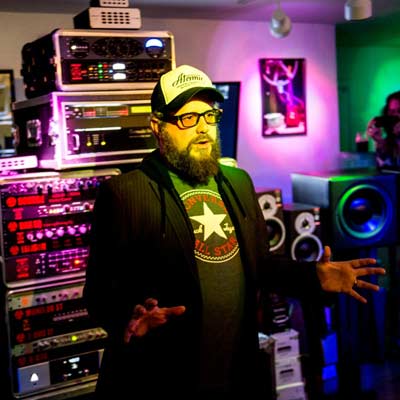 After about an hour of introductory explanations of gear by Dangerous Music Sales Manager and Audio Alchemist President, Marek Stycos, Grammy award winning mix engineer F. Reid Shippen took the spotlight and walked the Nashville audience through his workflow for mixing with the Dangerous Music Compressor and BAX EQ. Nearly 100 of Nashville’s local artists, producers, engineers and studio owners turned out at Vintage King Audio’s headquarters just a stone’s throw from many top studios in Music City. The event was one of over 30 that Dangerous Music and Audio Alchemist has assembled across the US during 2014 involving stores, along with engineers that use Dangerous Music products; the Company plans to continue its seminars in 2015.