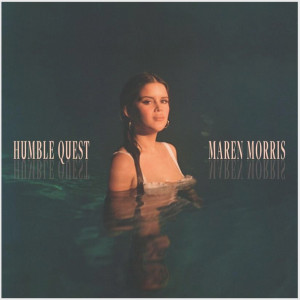 In its first week, “Humble Quest” hit #2 on the Billboard Country Album chart and broke the Amazon Music record for first-day and first-week streams by a female country music artist.

According to Kurstin, “[the Lauten Audio Eden was] used on all of Maren’s vocals, and [all] my acoustic guitars on the album except for one song, Detour. I have a small studio in Hawaii where the Lauten [Eden] is my main mic, so that’s what I had and it sounded great!” revealed Kurstin. “I love the mics… My main studio is in LA, and I have my other Eden on drums most of the time.”

Greg Kurstin is a Grammy award-winning producer and songwriter renowned for his work with music legends Adele, Beck, Paul McCartney, and The Foo Fighters.

Maren Morris is currently on tour supporting her “Humble Quest” album through October 13, when she performs at the Hollywood Bowl.